Home Supplements Strattera vs Vyvanse: What are the Similarities and Differences?
Facebook 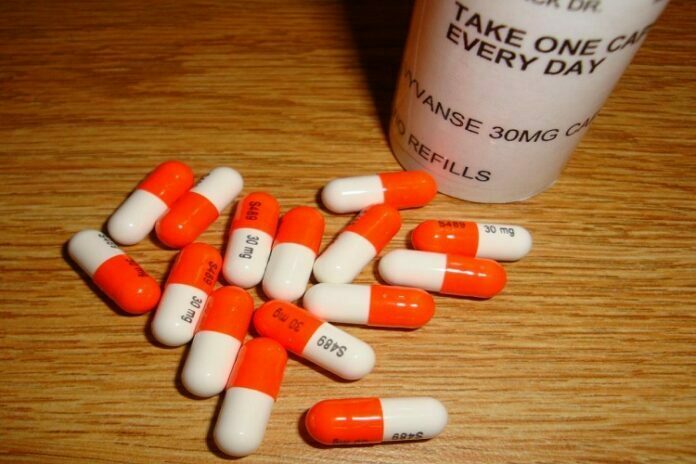 Strattera vs Vyvanse: It is a debate that goes on again and again between medics as well as all the personnel related to the medical field. Strattera and Vyvanse have been given the green light by the Food and Drug Administration to treat adults and children with attention deficit hyperactivity disorder. Different mechanisms of action are used by Vyvanse (Lisdexamfetamine) and Strattera (Atomoxetine) to treat attention deficit hyperactivity disorder which is also known as ADHD. On the other hand, Vyvanse is a stimulant, Strattera is a non-stimulant medication. Their adverse effects, dosages, dangers, and drug interactions vary to some extent.

Technically speaking, Strattera is an antidepressant medication that medical professionals define as a selective norepinephrine reuptake inhibitor (SNRI). Only Strattera is prescribed by doctors to treat ADHD; other SNRI drugs are used to treat depression. Norepinephrine is a neurotransmitter or brain chemical, and Strattera works by altering how the brain uses it. An individual’s capacity for concentration is impacted by norepinephrine. The effects of Strattera work on this system to help people with their attention span. Although non-stimulant medications like Strattera are successful in treating ADHD, they are not as effective as stimulant meds. However, they are a preferable option for those who do not respond well to stimulants or who struggle with anxiety, which stimulants can exacerbate.

The stimulant drug Vyvanse is a member of the amphetamine class of drugs. Vyvanse has a similar impact on neurotransmitters used in the brain to Strattera. The reuptake of norepinephrine and dopamine in the brain is inhibited by Vyvanse and other amphetamines. A chemical linked to motivation, focus, and mood is dopamine. Low levels of dopamine are thought to be related to ADHD symptoms. As a result, Vyvanse can help to enhance how the brain uses dopamine to deal with symptoms associated with motivation or concentration. Vyvanse is also used to treat people with binge eating disorders. Vyvanse and other stimulant ADHD treatments are classified by doctors as Schedule II drugs, which means there is a high risk of abuse.

How to take Strattera and Vyvanse?

Strattera or Vyvanse can be used by adults and kids who are 6 years old or older to help treat the symptoms of ADHD. Usually, a doctor will start a patient on the lowest dosage possible and then gradually raise it as needed. The dose that a person takes will depend on things like age and weight. Both drugs can be taken with or without food. By taking Vyvanse in the morning, one can prevent nighttime insomnia. Both Strattera and Vyvanse are available as capsules. Chewable tablets of Vyvanse are also available.

There are several different dosages of Strattera capsules:

The dosage varies according to an individual’s age and body weight. Strattera should be started at a dose of 0.5 milligrams per kilogram of body weight (mg/kg) for children who weigh less than 70 kilograms (kg) and increased to a goal total daily dose of 1.2 mg/kg per day. More than 1.4 mg/kg, or 100 mg, should not be given to children or adolescents. Adults and children who weigh more than 70 kg can start with a dose of 40 mg daily and work their way up to a goal dose of 80 mg daily. If an optimal response has not been obtained after 2-4 weeks, users can increase to 100 mg daily. The daily maximum dose is this amount. Instead of breaking the capsules apart, people should consume them whole.

There are several dosage options for Vyvanse capsules:

Vyvanse chewable tablets are also available in the following doses:

People can begin taking 30 mg of Vyvanse every day as early as age 6. To get the desired result, a doctor may raise the dosage by 10 or 20 mg each week. The daily dose cap is set at 70 mg. The dose is between 30 and 70 mg. For the initial dose of Vyvanse, which is 30 mg, patients with binge eating disorders must also start. Up to a maximum of 70 mg, they may raise this by 20 mg each week. The dose is between 30 and 70 mg.

The adverse effect profiles of Strattera and Vyvanse appear to be comparable. Even though Strattera may potentially cause sexual dysfunction as a side effect.

How to decide between Vyvanse and Strattera?

Both drugs work well to reduce the signs and symptoms of ADHD. The most popular medication for treating ADHD is a stimulant like Vyvanse. Strattera, a non-stimulant medicine, maybe a preferable choice for some individuals, particularly for those who cannot handle stimulants. The pros, cons, and negative consequences of using various ADHD drugs should be discussed with a doctor. To provide the patient with the finest care possible, the doctor will create a customized treatment plan.

Is it Safe to take Vyvanse and Strattera together?

Although it is uncommon to take both Strattera and Vyvanse at the same time, there is no direct pharmacological interaction between the two. There are some circumstances, though, where someone might be consuming both. A person may use Vyvanse to alleviate their ADHD symptoms while Strattera is acting because it has a delayed beginning of the action. The individual would discontinue utilizing Vyvanse and continue only taking the Strattera once it had had time to begin working.

What kinds of conditions do Vyvanse and Strattera treat?

Both children and adults who have been diagnosed with ADHD can be given Vyvanse and Strattera by their treating physicians. Additionally, binge eating disorders, ranging from moderate to severe, can be treated with Vyvanse.

I take Vyvanse and Strattera. Could I become addicted to them?

Strattera does not have addictive potential. On the other hand, Vyvanse belongs to the amphetamine drug family, which means that there is a significant risk of abuse when using this medication. In comparison to another central nervous system (CNS) stimulants, Vyvanse has a more gradual and controlled rate of absorption by the body, hence it has a lower propensity to create addiction than either Adderall or Dexedrine.

What are the withdrawal symptoms of Vyvanse and Strattera?

In addition to not being addictive, there are no withdrawal symptoms associated with Strattera use. The rapid discontinuation of atomoxetine treatment by a physician is not associated with any adverse effects, with the possible exception of a more moderate return of the ADHD symptoms that the medication was intended to treat.

Vyvanse withdrawal, like withdrawal from other amphetamines, can be incapacitating, and this is especially true after chronic usage of the drug. Depression, exhaustion, sleep difficulties, agitation, and extreme cravings are some of the withdrawal symptoms that might occur. These symptoms can all contribute to relapse.

Which other medications could potentially interact with Vyvanse and Strattera?

It is imperative that MAOIs not be taken at the same time as Vyvanse or Strattera. Because the risk is so high, you should avoid using atomoxetine or lisdexamfetamine for at least two weeks after finishing a course of treatment with any medication that is in the MAOI class. Among the most common MAOIs are the medications phenelzine sulfate (brand name: Nardil) and tranylcypromine sulfate (brand name: Parnate).

By causing higher concentrations of atomoxetine in the system, medications such as fluoxetine (Prozac), paroxetine (Paxil), and a few other drugs can raise the risk of experiencing adverse effects when combined with Strattera.

Is this safe to take Vyvanse and Strattera while pregnant or breastfeeding?

In tests, animals given high doses of Strattera had babies that were small at birth and had a low chance of living. Also, atomoxetine is found in the milk that animals use to feed their young, so, likely, that the drug is also found in the milk of human mothers. There are no studies about how Strattera affects pregnant or breastfeeding women, so if a doctor wants to give atomoxetine to a pregnant or breastfeeding woman, he or she will have to weigh the pros and cons of starting or continuing treatment.

What is better Strattera or Vyvanse?

Both medications are good at making ADHD symptoms better. The most common drug used to treat ADHD is a stimulant like Vyvanse. But nonstimulant drugs like Strattera might be a better choice for some people, especially those who can’t take stimulants.

Is Strattera identical to Vyvanse?

Both Strattera and Vyvanse are medications for the treatment of attention deficit hyperactivity disorder that have been approved by the FDA (ADHD). On the other hand, these various prescription drugs are not the same. Strattera is a medication that blocks the reuptake of norepinephrine selectively (SNRI). Vyvanse is a stimulant.

Is Strattera identical to Vyvanse?

Both Strattera and Vyvanse are medications for the treatment of attention deficit hyperactivity disorder that have been approved by the FDA (ADHD). On the other hand, these various prescription drugs are not the same. Strattera is a medication that blocks the reuptake of norepinephrine selectively (SNRI). Vyvanse is a stimulant.

What is the most effective alternative treatment for Vyvanse?

Does Vyvanse make you look older?

According to the findings of recent studies, amphetamines hasten the aging process. Amphetamines are a class of stimulants that include both illegal narcotics such as methamphetamine and cocaine as well as legally prescribed medications such as Adderall and Vyvanse.

Vyvanse vs Strattera for Adults

Because the effects of Strattera don’t kick in right away, some people take Vyvanse in the interim to assist bridge the gap or managing their ADHD symptoms while they wait for Strattera to work. When the Strattera has had sufficient time to begin exerting its effects, the individual would discontinue taking Vyvanse and instead concentrate solely on taking the Strattera.

How To Tell If Your Vape Coil Needs Replacing

Consider a professional and certified pharmacy to eliminate hormonal imbalances

Three Tips For Taking Supplements At The Right Time