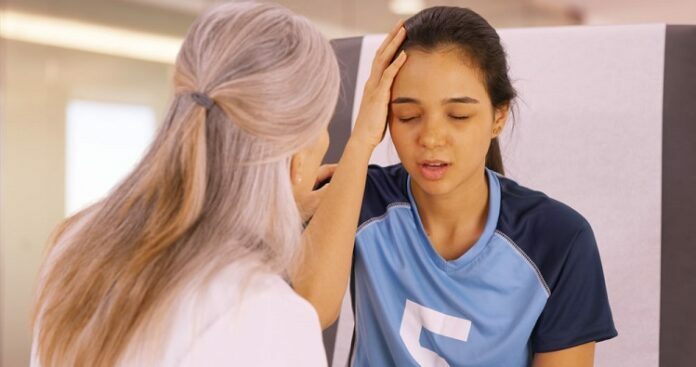 A concussion is a traumatic brain injury caused by shaking the head too forcefully during a fall. When the head rotates quickly enough, it can cause tiny tears in the brain tissue. This could then lead to symptoms such as loss of consciousness, confusion, memory loss, fogginess, or headache. Anyone who has experienced a concussion should seek proper medical attention from a specialist for concussions in Oakhurst.

The causes of concussions are not yet clear, but some sports may be more likely to cause them. An example could be American football since the athletes hit their heads against each other during play.

While many people assume it happens with every concussion, loss of consciousness is only experienced in some cases. Whether or not it happens to you depends on the severity of the injury. Loss of consciousness would be when you have been knocked out and do not remember what happened for a period before waking up again. Other symptoms include headaches, nausea or vomiting, lightheaded or dizzy, fatigue or lethargy, sensitivity to light and noise, increased heart rate, anxiety or irritability, trouble focusing on things, and memory loss.

If a child suffers a concussion, they may show unusual behavior, mood changes, not eating properly, and problems in school. They may also have symptoms that are not common in adults, such as social withdrawal and crying too much.

With concussions, it is vital to get the patient medical attention as soon as possible. They should be monitored closely if other symptoms appear, such as convulsions or seizures, which might lead to death if not taken care of. The patient should not be left alone during this time. Most doctors would recommend taking pain relievers for the headache, restricting activities to minimize the risk of further injury, and getting lots of rest.

The most important thing is to make sure that it is taken care of properly unless you are too busy trying to save a life or are already knocked out. It may be easier to play it safe by staying away from the area of danger instead of worrying about being taken care of afterward.

How to Prevent Concussions

The best way to prevent it is by wearing appropriate safety equipment during play. If you are at risk for a head injury, make sure your helmet fits properly and does not have any cracks on it.

Falls are usually the leading cause of concussions, so try not to trip on anything while walking around. Also, exercise caution when cycling or skateboarding. The best way to prevent it is when you don’t fall in the first place.

In summary, a concussion is a type of traumatic brain injury caused by shaking the head too forcefully during a fall. They happen due to accidents and intense physical sports. Symptoms include a loss of consciousness, nausea, lightheadedness, sensitivity to light and noise, and trouble concentrating or focusing. If you or someone close to you suffers a concussion, you should seek immediate medical attention. You can prevent them by using protective gear during sport and avoiding anything that could lead to a fall.

4 Ways To Tell If A Food Product Is Healthy

Henry Asher - November 23, 2022 0
The world has started to move towards a global landscape with not just business houses, but people having an online identity. While this is...

Henry Asher - November 14, 2022 0
Generally, crooked and misaligned teeth are the most common issues among adults and teenagers worldwide that can potentially prevent them from having a beautiful...

The Process of Extracting Wisdom Teeth

Henry Asher - November 5, 2022 0
As you age, too many significant changes will happen in your body. The eruption of wisdom teeth is one of these changes that usually...

Henry Asher - October 31, 2022 0
From a young age we’re taught that it’s important to treat others kindly.  However, more often than not we forget to apply the same...

Don’t be a slave to food

4 Things To Do to Have a Successful Rehab